Broiled Orange Salmon - Keeping my Wife out of Purgatory 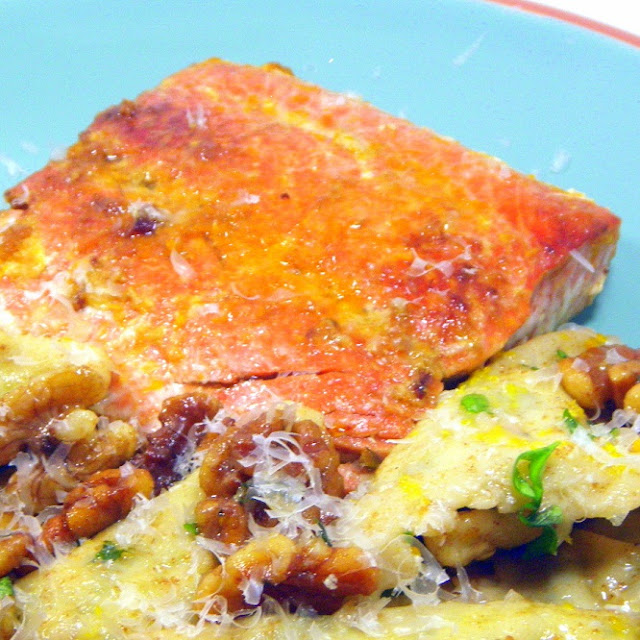 It's that time of year again.  Time for this Southern Baptist boy to try to understand the inner workings of the Catholic Church.  Since we have been together, I have spent more time attending Mass with my wife than attending the tent revivals of my past.  I have gotten pretty good at  knowing the right responses at the right time and when to take a knee.

But the Lenten season confuses me still.

My wife tries to explain that the custom of "fish on Friday" is not really about fish.  It is about sacrifice and fasting, OK, that I can follow.  But then she explains her roots, she was confirmed back when eating beef on Friday was considered a "Mortal" Sin.  Something akin to blasphemy and not respecting the Sabbath.  Do not pass Go, straight to Heck.  But then, in the 60's, His Holiness and the College of Cardinals decided that not observing the Lenten traditions was to become only a Venial Sin  The type of sin that you could work your way out of by doing time in Purgatory.

Of course that begs the question of all the people who were in Heck because they ate a Porterhouse back in the 50's... Did they get reassigned to a room in Purgatory?  Or did they stay in their assigned Heck condo?  I think (and I could be wrong) that the same people who were likely to eat steak on Friday in the 50's are the same type of people who commit other Mortal Sins, so they are still in Heck, just there for other things.

So, for the next 40 days... Just in case, Let's keep my wife out of Purgatory and let's eat some fish! 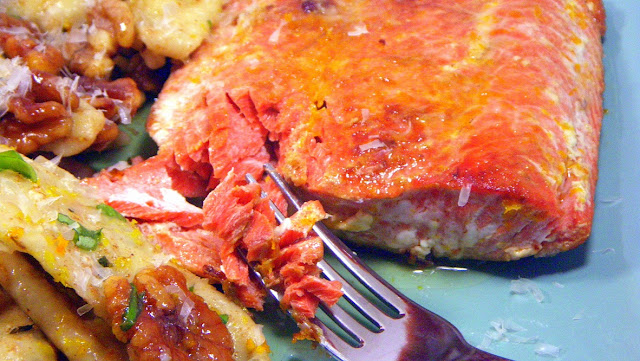 This is a delicious gem.  The Salmon filet is marinated in seasoned Orange Juice for a couple of hours, Cooked under a broiler for a few minutes and it comes out deliciously flaky, acidic, tangy and a beautiful color to boot.

Now I have to get her to explain why this delectable dish is about sacrifice, but it is time to get to the recipe... 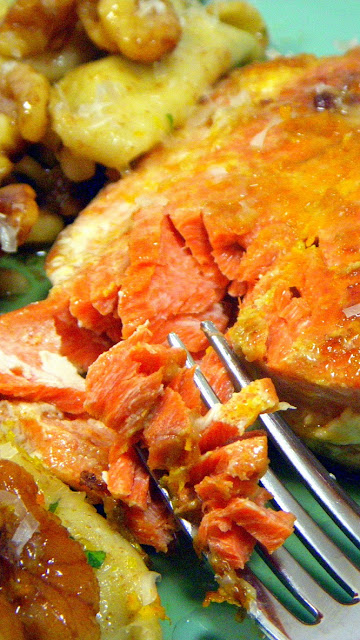 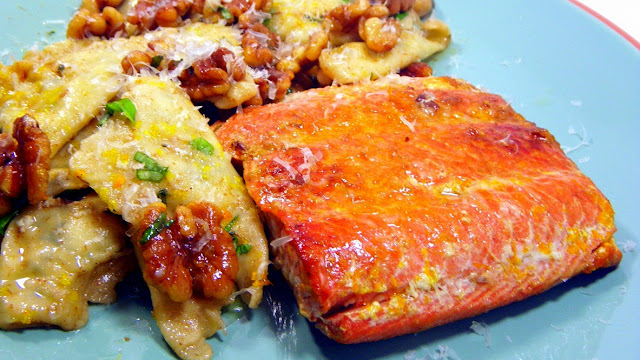 The fish will be flaky and have a beautiful orange tint, with hints of golden brown charring.  The skin becomes crispy and beautifully seasoned and is a delicious treat  Not everyone likes to eat the skin, but when it crisps up (like in this recipe), it is FANTASTIC!  If you have skin eaters, be sure to season both sides of the fish before starting to broil.

So, as my wife would say... Fish on Friday, it's all about sacrifice and fasting..

Hmmmmm
Posted by Inspired by eRecipeCards at 8:07 AM