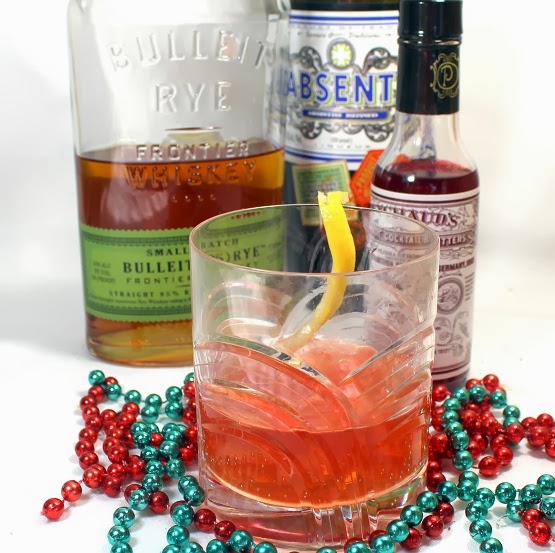 Mardi Gras is upon us!

But you better hurry... Fat Tuesday, beginning of lent and the end of the party (for awhile anyways) is less than 2 weeks away.

Time to start a New Orleans themed dinner party with the official drink of New orleans (by law, in 2008 the Louisiana Legislature named the Sazerac the official Cocktail of New Orleans)!

I will leave tales of the Green Fairy (Absinthe) for fans of Baltimore to tell (just cause I predict Baltimore to win, I will be rooting for New Orleans). But the quick version...

The legendary drink potentially caused hallucinations (Ernest Hemingway once described, "walking on legs of tulips" after a night of drinking Absinthe). Baltimore's second most famous resident (Babe Ruth would be the most famous), Edgar Allen Poe drank himself to death on this drink. Unfortunately (or fortunately), the formula for making true Absinthe (from the 1800's) is no longer available in the United States. But, the Absinthe that is sold in the states does make a terrific ingredient in the Sazerac Cocktail. if you have been reading my blog for a few weeks, I make no secret of my love of ALL things Cajun and for the city of New Orleans! The Sazerac was first created in New Orleans in the 1830's. Some argue (they would be wrong, but they do argue) that the sazerac was the very first cocktail ever created (it was among the first). No trip to New Orleans, no Super Bowl (with the Saints playing) party, nor even Mardi Gras party would be complete without a sazerac cocktail. 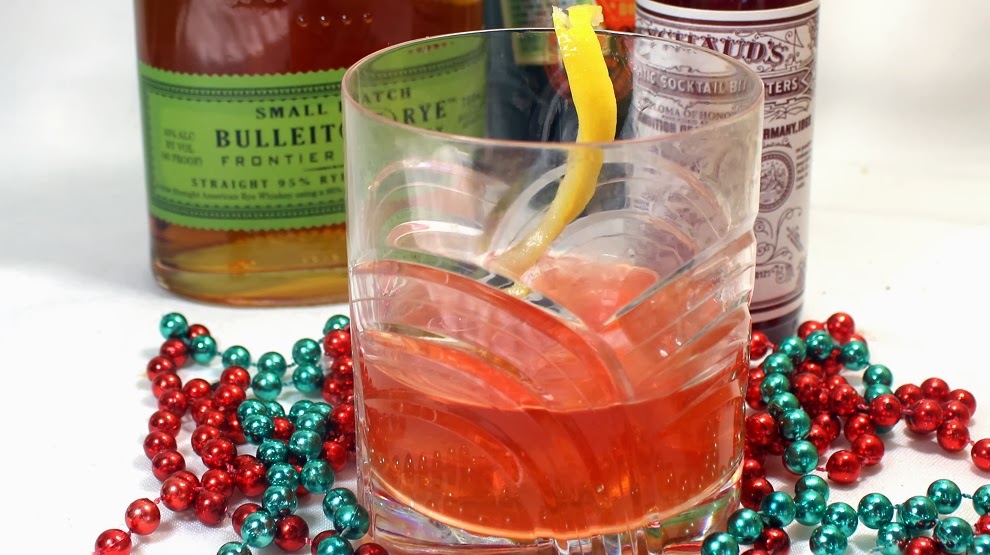 "Hurricanes are for tourists.
Sazeracs are for natives." 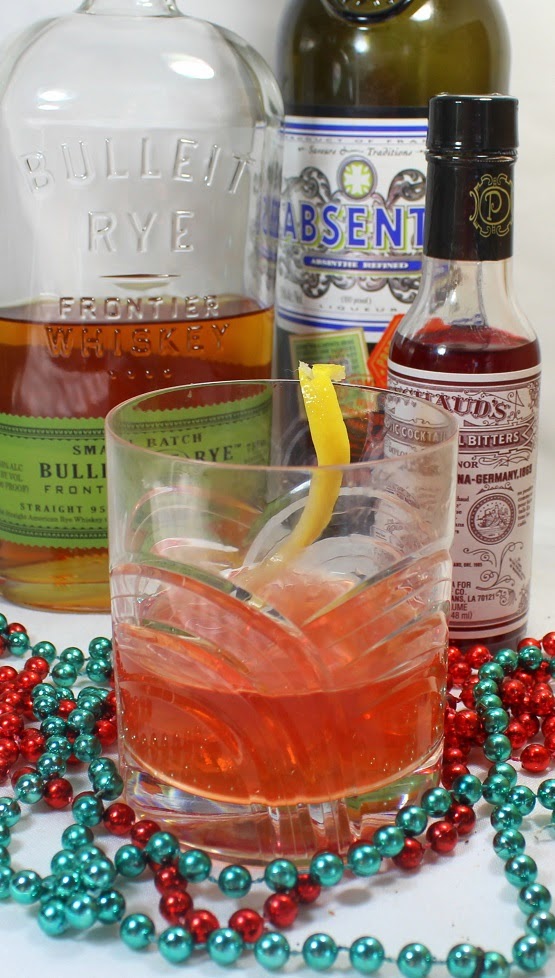 Here's the current version of the historically correct recipe...

Combine all ingredients in a shaker glass with ice.  Shake like heck and drain into a highball glass.  Straight up, no ice.

I have been known to drink one or two of these in my day. In fact, during a recent trip to New Orleans, I did my best to single-handily rebuild New Orleans, one sazerac at a time. (click HERE to read of my 8 sazeracs during that trip). While I very much enjoy the classic recipe above, I have made just a couple of small changes to make an all new version which I find a bit smoother (especially if you are trying to get non whiskey drinkers to give this a shot).

So, here's my slightly altered version of the drink... For me, I prefer one of these.. 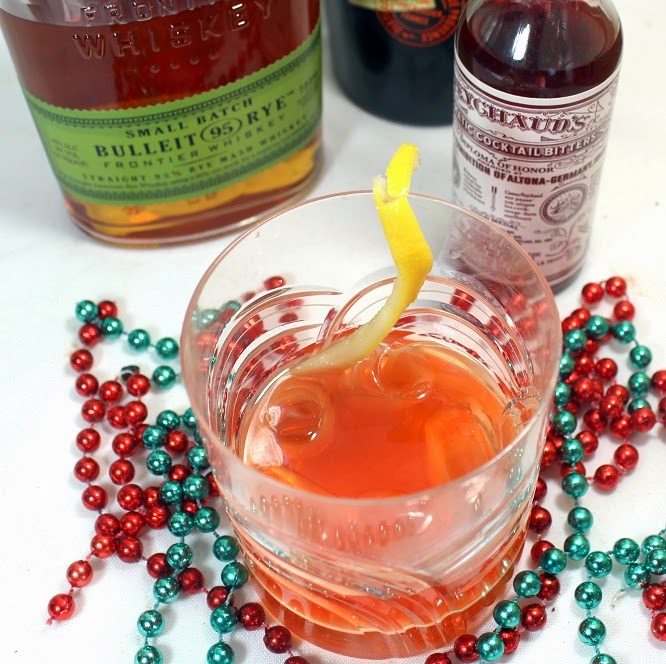 Combine all ingredients in a shaker glass with ice.  Shake like heck and drain with the ice into a highball glass.

In place of the simple syrup, I add a teaspoon of honey. This needs to be mixed very well (Shaken like heck) so that it is all absorbed into the whiskey.

The drink is also meant to be served chilled and up (no ice). I enjoy the romance of clinking ice cubes, so I do serve it on the rocks. I am fortunate enough to have an ice maker that makes larger ice cubes. If you are using crushed ice (don't, but if you do), store your rocks size glasses in the freezer prior to serving, and shake and strain the liquor quickly in a cocktail shaker. the longer you shake, the more the ice will melt and water down the drink. Strain into the fresh from the freezer glass and the drink will stay cold for about 15 minutes. If you take more than fifteen minutes to drink this, do not serve over ice (no matter how big and cold the cubes). Better to have a warm sazerac than a watered down sazerac. 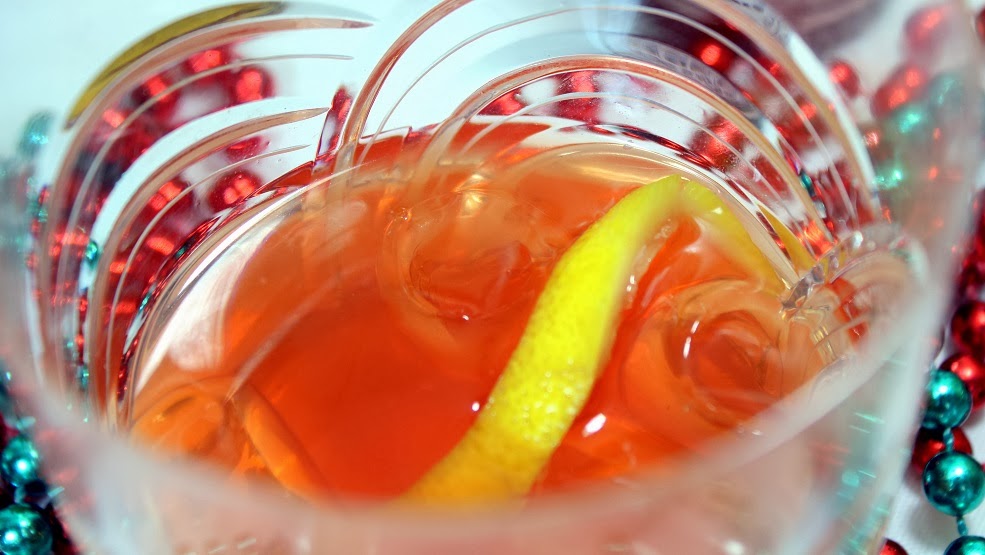