Raspberry Chipotle Sauce you can make in your own Cul de Sac! 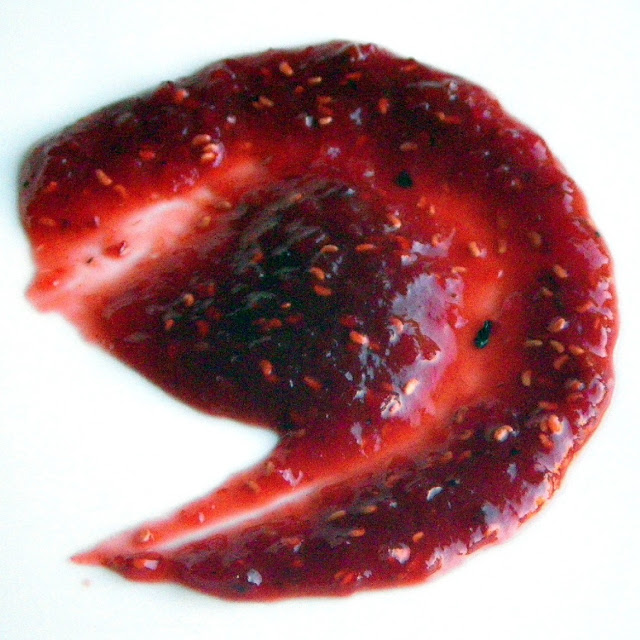 Long time readers know I have had a love affair with Raspberry Chipotle BBQ sauce.  I've used it on a Spiral Cut Bacon wrapped sausage stuffed pork loin (yes, pork, wrapped around pork, wrapped around pork).  I also used it on salmon, shrimp, steak sandwich, potato salad and more.  A personal favorite was to make a nice batch of Raspberry Chipotle brisket chili.  Sweet and heat, can't beat it. 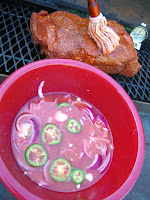 But so far, I haven't quite been able to make the sauce as rich, thick and tasty as the better commercial brands... Till now.


To be fair, I actually wanted to make a Raspberry Chipotle paste that I could use to season a mop sauce (see the photo, a thin sauce used to baste a pork shoulder while I was smoking it).  Once it is in a concentrated form, I can easily use a couple TBS to flavor the mop sauce, as well as make a thin North Carolina style finishing vinegar sauce.  Finally, with the past, I can add to ketchup and make a fast easy BBQ sauce.


And with raspberries being a dollar a pint at my Farmer's Market (I love this time of year!), this is far cheaper than the top quality commercial brand. 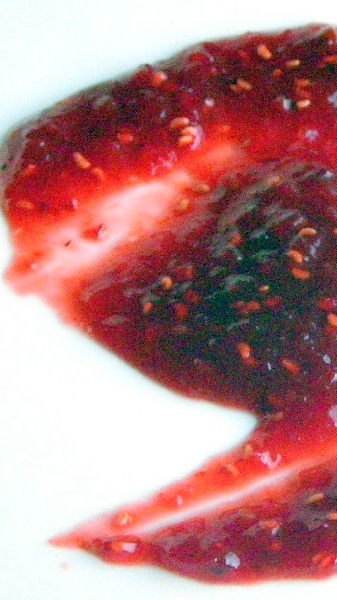 
2 TBS of the canned peppers in the Adobo sauce makes this very spicy as is.

But I was using this as a mop sauce. 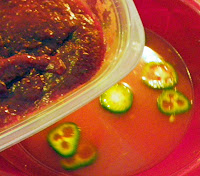 I took one rounded TBS of the Raspberry Chipotle paste.

And just mix well.  It will be a very thin almost watery consistency.

And now I was ready to take my new mop sauce and smoke a little pork shoulder for some killer pulled pork! 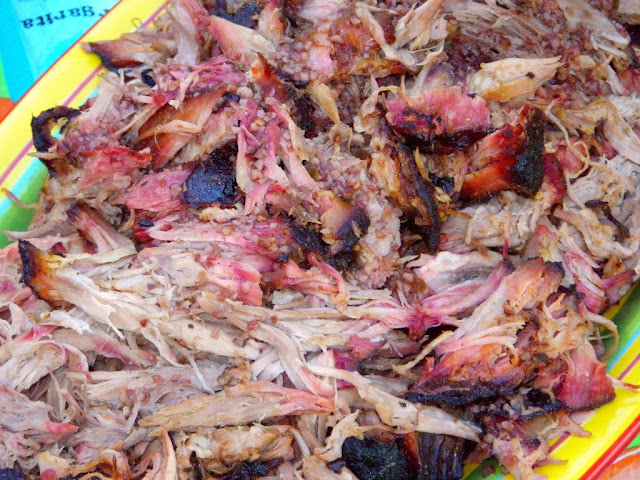 I recently did a very detailed post on smoking a pork shoulder.  Click HERE for those details.

So, for this cook session, I used my new raspberry Chipotle vinegar mop sauce.  It is most important to mop the pork each hour for the first 5 hours of the cook.  That is the time when the tissues absorb the sauce best.  After that, a mop every 3 hours is fine.  Slow cooking, means this was going to be a 24 hour cook, averaging just about 210 degrees.  Again, click HERE for those details. 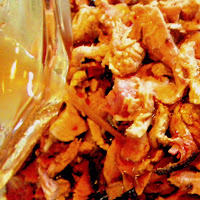 I made a finishing sauce for the pork from the same Raspberry Chipotle Paste.

A finishing sauce is very thin.  It is poured over the pork after it is pulled and just prior to serving.  The sauce adds an extra bit of moisture to insure a moist pieces of meat.  Traditionally, a pork shoulder is among the very toughest, fattest meats on a pig.  That is why slow cooking is about the only way to get a tender meal out of it.  But the slow cooking process can also dry out the meat.  That is why a mop and a finishing sauce is recommended.

Whisk everything together, and pour over the finished meat and toss so everything is well coated. 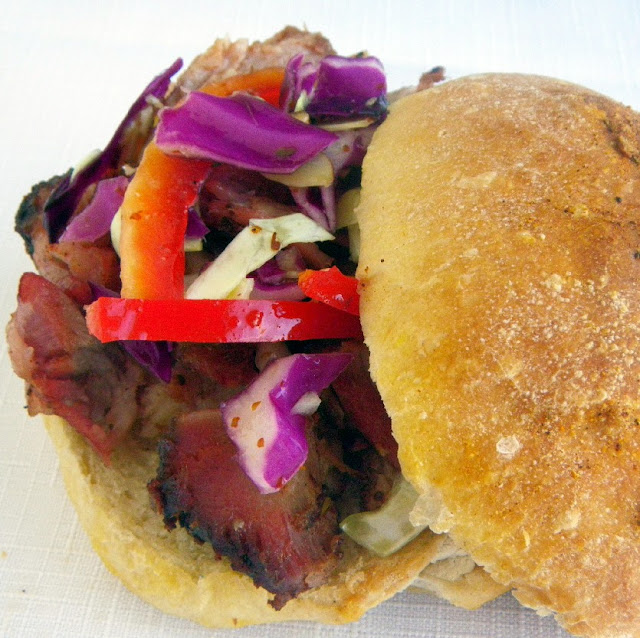 Serve on a homemade bun, with some Firecracker Cole Slaw... 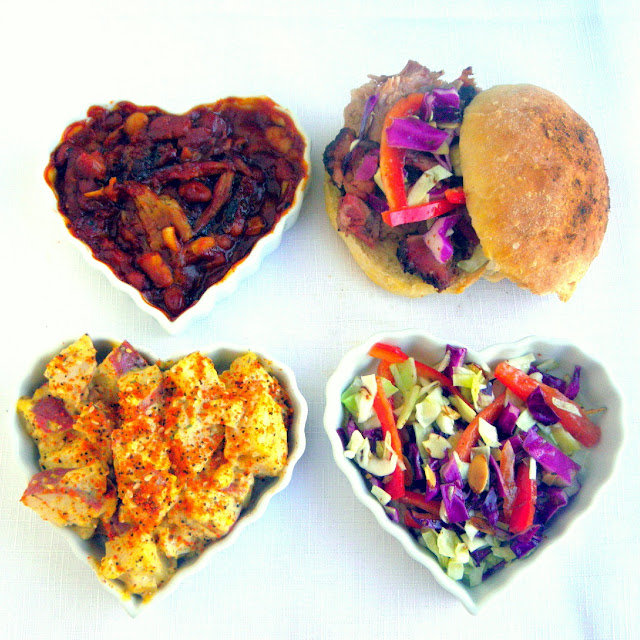 And my "If I could chose my last meal" Meal would be a pulled pork sandwich (with Raspberry Chipotle finishing sauce), some Blue Cheese Potato Salad, my insanely good Smoked Beans and this colorful firecracker Cole Slaw.  But those will be posts for another day.

I love this meal!

Posted by Inspired by eRecipeCards at 7:14 PM

Email ThisBlogThis!Share to TwitterShare to FacebookShare to Pinterest
Labels: 52 Sauces Condiments and Spices