It's Pizza Margherita, not pizza margarita. Here's Why... 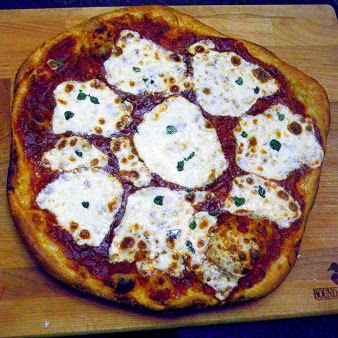 In Italy, it's Pizza Margherita. Most often, the rest of the world incorrectly names it after the drink, pizza margarita.

In fact, it is one of the earliest incarnation of the pizza as we know it. For centuries, in all corners of the world, mankind has been topping and flavoring bread. But it was the introduction of tomatoes from the Americas in the 1500's and the addition of cheese, not until the late 1800's that the modern pizza was born.

In June 1889, to honor the Queen consort of Italy, Margherita of Savoy, the Neapolitan chef Raffaele Esposito created the "Pizza Margherita," a pizza garnished with tomatoes, mozzarella cheese, and basil, to represent the colors of the Italian flag. He was the first baker ever to add cheese. So thank you Naples, Italians, Chef Esposito and my sincere apologies for calling your well thought out and constructed bread after a tequila drink.

So from now on, I will order a margarita to go with my pizza Margherita and toast to the pizza geniuses of yesteryear! 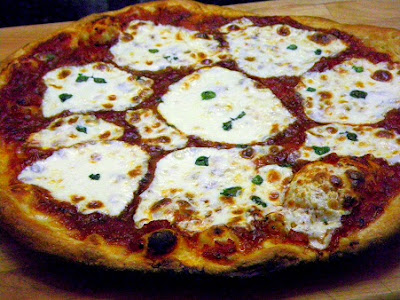 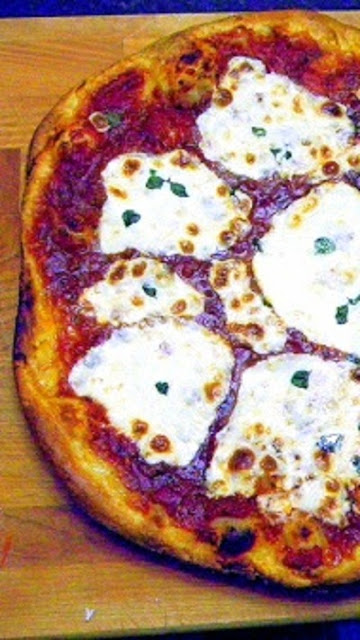 Do you see the Italian Flag in this...
Viva Italiano
And a Pizza Margherita is very easy to make (and among the most flavorful).

Preheat oven and pizza stone (or heavy baking sheet) to 450 degrees for at least 30 minutes.

And that's it.  Very simple, few ingredients, but it is the pizza that started it all... For good reasons! 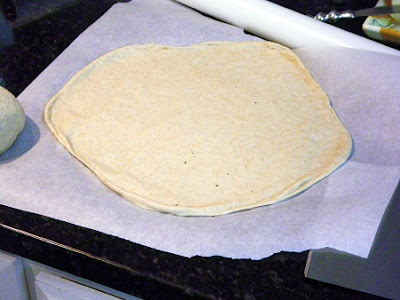 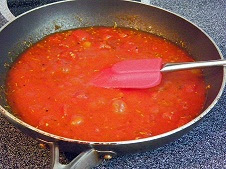 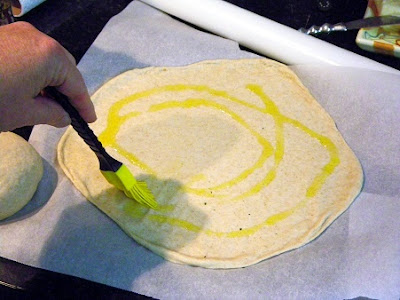 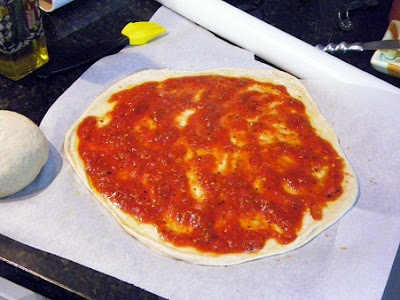 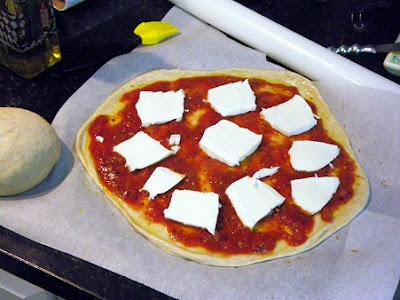 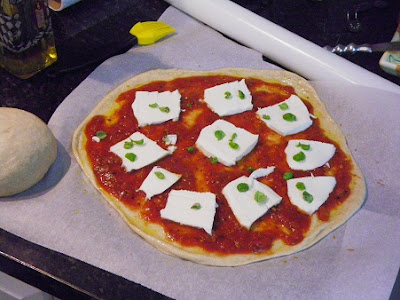 Pizza would be among anyone's "Top Five" Main Dishes, but honestly I make so many different pizzas, it deserves it's own "Top Five" category.  And of course a Pizza Margherita belongs on that list!

Posted by Inspired by eRecipeCards at 5:34 AM